Ahh Glo-Bus. After 10 years of playing this game, a new version has been released. And it’s quite a doozy, not just a simple reskin. I can seriously say this is a whole new game. I’d say the game has become far more complicated as it now measures every decimal point of a PQ rating. There are many different combinations to create cameras and drones now, far more than the previous version. The numbers are also incredibly inflated, there is more money in the game than in previous versions. This whole concept of drones is rather weird.. since drones are so new, and cameras are so old… Like who uses an actual camera now?

The special orders page is rather tilted, as it basically allows whoever is the lowest priced producer of cameras to win them. While I find compensation is weird…. sometimes being short a few employees is a good thing.

On the other hand, New Glo-Bus does do one thing right, it shows the full amount and the INTEREST RATE on the finance screen. This is a godsend really, as I can easily determine which loans I have outstanding right on the screen itself. I don’t need to look back at the balance sheet.

Overall I still prefer the classic version of Glo-Bus that I’ve played all this time, however, I’m willing to move ahead and embrace the new version.

David Mar is the one-student army behind Win the BSG Online. He's 25 years old, working on his MBA and representing California. He has been playing strategy games competitively for 8 years and placed numerous times in the Global Top 100 of the Business Strategy Game or BSG-Online. 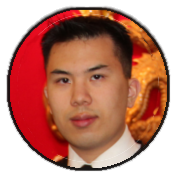 Go ahead and look around my site. I've spent a lot of time putting this together to help you outright win or comeback like I had to. If you want some more help, I put together a guide to ensure your success. It goes to paying for a few drinks as an MBA student.